The cultural center of Norway is Bergen, which is one of the most beautiful cities in all of Scandinavia. Visitors have the best panoramic view of the urban center of the fjordland when they take the city cable car up to the 320-meter-high Fløyen. At the same time, the mountain is one of the most important tourist attractions in Bergen. The picturesque old town with its tiny alleys, small wooden houses and imposing buildings from the founding time is one of the other sights of Bergen. The city’s over 30 museums and galleries are also worth seeing. To get to know Bergen to some extent, you should stay here for at least two to three days.

The Hanseatic houses in Brygge are a UNESCO World Heritage Site

Torget Square, at the end of the Vågen harbor basin, is the natural center of Bergen and the ideal starting point for a city tour. With the exception of Sunday, the fish market, which is popular with both locals and guests from all over the world, takes place here every day. The Hanseatic Museum is on the north side of the square. The exhibition presents visitors with the peculiarities of the work and life of the old Hanseatic people. On the right bank of Vågen you come across the Hanseatic houses of Brygge. Almost every Norwegian knows the nut-brown buildings, which are almost 300 years old. The ensemble of buildings is now a UNESCO World Heritage Site. Unusual shops, quaint pubs and a multitude of restaurants breathe new life into the old buildings.

Bergenshus Fortress was inaugurated in 1261

A visit to the Brygge Museum at the end of Brygge is also absolutely worthwhile. Among other things, wedge-like runic scripts, old ceramics and finds that were found during archaeological excavations are exhibited here. The exhibition pieces are intended to bring the cultural history of Bergen closer to the visitor. Another of the city’s attractions is the Bergenshus Fortress, the showpiece of which is the Håkonshalle. The defense system, which is one of the oldest in Norway, was inaugurated in 1261. When you leave the fortress, the Rosenkrantz tower rises up on the right-hand side. It dates back to the 16th century and was both a residential building and a fortification. The rooms are arranged like a maze.

The Marienkirche is the oldest building in Bergen

The oldest building in Bergen is the Marienkirche, which dates from the 12th century. The house of God served as a parish church for the merchants of the Hanseatic League. Above all, the splendor of the interior is impressive. A very special church treasure is an altar cabinet from the 15th century, which is decorated with gold leaf. The cathedral church also dates back to the 12th century. Through several renovations, it was later shaped by the architectural style of the Gothic. Inside the church, altar panels from the Baroque period, glass paintings from 1801 and the pews from the 17th and 18th centuries are particularly beautiful.

Animals from the North and South Seas cavort in the aquarium

At the end of the Nordnes peninsula is another tourist magnet of Bergen, the aquarium. A large part of the exhibition is devoted to life in the North Sea. In some of the 42 aquarium basins, however, residents of the South Seas such as penguins, seals, sharks and even crocodiles cavort. Visitors to the aquarium could also be interested in the natural history collections, which, in addition to many stuffed animals, also have an extensive collection of minerals. Right next to it is the building of the cultural history collections. Here the visitor gets a detailed insight into Norway’s cultural history.

There are more than 30 museums in Bergen

The Bergen Kunsthall and the KODE art museums, which are divided into four sections, are also well worth a visit. International and Norwegian arts and crafts are exhibited in KODE 1, including pieces from the cultural area of ​​China. First-class temporary exhibitions take place in KODE 2. In KODE 3 you can see Norway’s second largest collection of paintings by the most famous Norwegian painter Edvard Munch. Kode 4 is mainly dedicated to modernism and exhibits works by painters Paul Klee, Wassily Kandinski, Joan Miró and Pablo Picasso, among others. Important works of art from the Renaissance period can also be seen here. 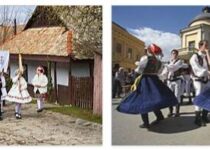 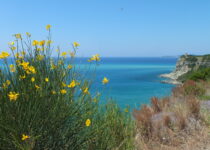 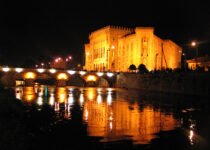