According to Bestitude, US 50 is a US Highway in the US state of Kansas. The road forms a long east-west route through the middle of the state, from the Colorado border at Coolidge through regional towns such as Garden City, Dodge City, and Hutchinson to the Kansas City metropolitan area on the Missouri border. The route is partially double -numbered with Interstate 35 and a long stretch with US 400. The entire route is 721 kilometers long.

US 50 east of Dodge City in winter.

At the village of Coolidge, US 50 in Colorado crosses the Kansas state border from Pueblo, where it parallels the Arkansas River, a major tributary of the Mississippi. This area lies at an altitude of about 1000 meters and consists largely of treeless plains with meadows. This part of Kansas is sparsely populated, with only a few villages spanning tens to hundreds of miles. In the border area with Colorado, Kansas is very dry, but it gets a bit greener to the east. After about 110 kilometers you reach Garden City, with 28,000 inhabitants one of the largest places in western Kansas. It crosses US 83, the road from McCook in Nebraska to Liberal in southwest Kansas. Also runs theUS 400 since the border with Colorado along with US 50 for a double numbering of 190 kilometers. There is a ring road around Garden City, so through traffic does not have to go through the town. After Garden City there is even a piece of 2×2 lanes, up to the Garden City Regional Airport.

The road then runs for about 50 miles through the prairies to Dodge City, one of the most prominent cities in the western half of Kansas with a population of 25,000. There is a bypass around Dodge City, and US 50 passes north of the city. US 400 exits here for a route further south to the city of Wichita. On the east side of Dodge City, it crosses US 283, the road from Vernon in Texas to WaKeeney in the north. The US 56 from Boise City in Oklahoma also inserts here, for a double numberingfrom about 40 miles to Kinsley. This area is also flat and almost completely treeless, with the road mostly straight ahead. In Kinsley, US 56 turns off toward Great Bend in the northeast, crossing US 183, the road from Hays in the north to Greensburg in the south. US 50 also exits the course of the Arkansas River here.

From Kinsley there is a long route to the east with no larger towns, Hutchinson, the next town, is 140 kilometers to the east. Near the village of St. John, it crosses US 281, the road from Great Bend in the north to Pratt in the south. The road then continues in long straights to Hutchinson, a town of 41,000 residents just northwest of Wichita. US 50 runs along the southern edge of town, intersecting SR-96, the 2×2 main road to Wichita. To the east the road has descended slowly, which is not visible to the eye. Then follows more than 60 kilometers to Newton, where the US 50 has a short double numbering with the Interstate 135, the highway from Wichita to Salina, also the westernmost north-south highway in Kansas.

Northeast of Newton, the road turns off again, and then passes through a slightly more hilly part of Kansas, which is slightly less monotonous than the western part of the state. At the village of Florence you cross the US 77, the main road from Junction City to El Dorado in the south. The road then follows the course of the Cottonwood River, a small river. This area is different from other parts of Kansas, as there are low hills here, and the grid pattern with the meadows is barely present. After about 60 kilometers you reach Emporia, a small town at the fork of Interstate 35 and Interstate 335. I-35 comes from Wichita and runs to Kansas City. The Kansas Turnpikefrom here swaps I-35 for I-335 toward Topeka for an alternate route to Kansas City. The US 50 merges here with I-35, for a double number of 155 kilometers to Olathe, a suburb of Kansas City. Along the way you cross a number of other US Highways, such as US 75 and US 59.

In Olathe, US 50 interchanges with I-35 for Interstate 435, Kansas City ‘s beltway. The US 50 here crosses the southern ring road through the large suburb of Overland Park. This is where US 69 crosses a north-south highway along the eastern border of Kansas. There is also a double numbering with the US 169, which hitches a bit with the I-35 and I-435 to Overland Park and then to Kansas City. At Leawood, I-435/US 50 crosses the Missouri border, then US 50 continues in Missouri toward Jefferson City.

The rest of US 50 is mostly single-lane, with only some short four-lane sections at Garden City and Hutchinson. The US 50 handles through traffic here due to the lack of alternative Interstate Highways, the Interstate 70 in Kansas runs approximately 130 kilometers to the north and is too far away to be a reasonable alternative.

The western portion of US 50 is fairly quiet, but slightly busier than other cross-border routes, mainly because there are no other freeways in the area. 1,600 vehicles cross the Colorado border daily, with 8,500 vehicles for Garden City. Via Dodge City this drops to 3500 to 4000 vehicles, and 1800 vehicles east of Kinsley. Only at Hutchinson does the road become a little busier with 8000 vehicles. Some 3,000 to 5,500 vehicles drive to Emporia, and the I-35 double-numbering number has 10,000 to 25,000 vehicles in the rural area, with up to 138,000 vehicles on the Kansas City ring road. 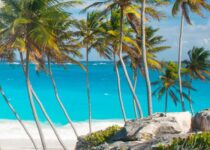 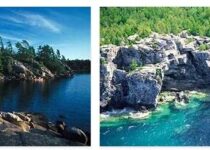 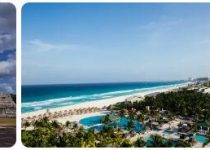