Western Sahara, area on the northwest coast of Africa (between Morocco and Mauritania) and in the Western Sahara, with 272,000 km 2 and (2020) 652,300 predominantly Muslim residents; The capital is Laayoune.

In the former Spanish territory, the liberation organization Frente Polisario fought with Algerian support to establish an independent state. In 1979 Morocco occupied the area. In 1991 a ceasefire came into force, in which a referendum was agreed on the political future of the country, but this has already been postponed several times. The UN proposal to join Western Sahara as an autonomous part of Morocco has been under negotiation since 2001. According to Countryaah, Western Sahara is one of the nations starting with Letter W.

The area of ​​the western Sahara belonged to the Almoravid Empire in the 11th and 12th centuries. After that, there were no longer any major state formations in this region that went beyond tribal alliances. During the time of European colonialism, v. a. Spain and France for political control of the western Sahara. In a lengthy military process, Spain took possession of it between 1884 and 1934. Under the name of Spanish Sahara 1901–34 she was under the governor of the Canary Islands, 1934–58 an independent colonial authority. After an area in the north was ceded to Morocco in 1958, the Spanish government declared Spanish Sahara a Spanish province. Saguia el-Hamra formed the north and Río de Oro (today Tiris al-Gharbija) to the south. Since the discovery (1960) of rich phosphate deposits, Morocco and Mauritania have intensified their claims on the Spanish Sahara. In 1973, in the struggle against Spanish rule and the Moroccan-Mauritanian claims to property, the Polisario Front was formed. In October 1975 the International Court of Justice in The Hague denied the claims of Morocco and Mauritania. Against the will of the Polisario Front and Algeria, Spain surrendered the Spanish Sahara to Morocco and Mauritania with the treaty of November 14, 1975; without holding the planned referendum, they divided the former colony, now called Western Sahara, among themselves. After the Spaniards withdrew (February 26, 1976), the Polisario Front proclaimed the “Democratic Arab Republic of the Sahara” (DARS) on February 27, 1976. A long-term war developed between their armed forces on the one hand and those of Morocco and Mauritania on the other hand since 1975/76. After Mauritania surrendered the territory of Western Sahara it had occupied (peace agreement of August 5th 1979 with the DARS) Morocco took over the political and military control there too. During the fight against the DARS troops, Morocco built several defensive walls between 1980 and 1987. In response to his protest, the Organization of African Unity (OAU) accepted the DARS as a member in 1982, which had meanwhile been recognized by numerous OAU states. On September 6, 1991, under UN mediation, a ceasefire came into force, which also provided for a referendum on the political future of Western Sahara. In September 1997, Morocco and the Polisario Front finally agreed, with American mediation, to hold a referendum on independence. The United Nations originally set December 7, 1998 as the voting date, but it has been postponed again and again because of the controversial voter registration. James Baker et al. a limited autonomy of Western Sahara within Morocco. This plan, which was first presented in 2001 and has since been modified several times, has since been the subject of negotiations between those involved in the conflict. Baker gave up his mediation role in June 2004. In 2005-08 the Dutch diplomat Peter van Walsum tried on behalf of the UN(* 1934) to settle the conflict. Regardless of this, the Moroccan »Privy Council for Saharan Affairs« presented an autonomy plan in January 2007, which provides for limited autonomy for Western Sahara with simultaneous sovereignty of Morocco over Western Sahara. Talks between the Moroccan government and the Frente Polisario resumed in August 2007. Even after the fourth round of negotiations at the end of March 2008, no agreement could be reached. On November 8, 2010, the day on which the fifth official round of negotiations between the Frente Polisario and Morocco opened in New York, the conflict came to a head when Moroccan soldiers stormed a tent city (“Camp of Dignity”) near Laayoune, in which almost 20,000 demonstrators had gathered. The action claimed dead and injured. Morocco reacted to the subsequent unrest with a wave of arrests. In 2011 there were also demonstrations and clashes between local Sahrawi and immigrants from Morocco. At the 13th Polisario Congress in December 2011, the organization spoke out in favor of continuing the peace efforts. Nevertheless, no solution to the conflict has been found to this day. 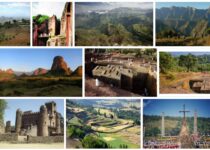 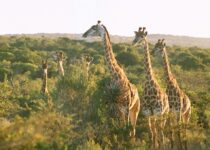 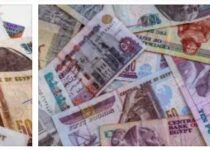